Deltic Energy has a strong Board and senior management team who are committed to delivering value for our stakeholders. 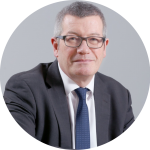 Mark has more than 35 years of experience in the oil and gas industry. Mark joined Deltic Energy as non-executive director in 2016 and became Chairman in May 2019. Prior to that Mark was Technical Director at Cuadrilla and Subsurface Director for UK and Netherlands at Centrica. Mark began his career at Phillips Petroleum and has held senior technical and commercial roles with ExxonMobil and Dart Energy. Mark is also a Visiting Professor at University of Strathclyde Centre for Energy Policy in Glasgow. 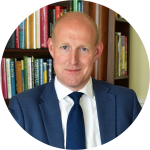 Graham Swindells joined the Company in May 2013 as Chief Financial Officer and became Finance Director later that year. He joined the Company from Ernst & Young where he was a Director in Public Company M&A. Graham graduated from the University of Glasgow with a Bachelor of Accountancy Degree and after qualifying as a Chartered Accountant spent two years at PricewaterhouseCoopers specialising in corporate recovery and restructuring. He subsequently specialised in corporate finance, becoming a director in corporate finance at Arbuthnot securities during which time he focused on advising and broking small and mid-cap public companies across various sectors, but with a particular focus on natural resources. Graham succeeded Algy Cluff as Chief Executive on 1 March 2018. 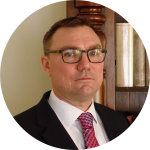 Andrew is a Chartered Geologist with over 20 years of experience working on exploration,
mining and geo-environmental projects in Europe, Australasia and Africa. For the last 10
years he has worked on a wide variety of UK and European conventional and unconventional
gas projects with a primary focus on Carboniferous aged reservoirs. Andrew’s previous role
was as Exploration Manager for Dart Energy. He holds a B.Sc. (Hons) in Economic Geology
and an M.Sc. in Environmental Management. Andrew was appointed as a Director of the Oil
and Gas Independents’ Association (OGIA) in February 2020 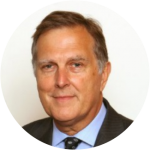 Peter Cowley is a geologist with over 45 years of international experience in the minerals industry and has been involved in the discovery and development of a number of gold mines in Africa. Peter was previously Managing Director of Ashanti Exploration Limited, Group Technical Director of Cluff Resources Plc and Chief Executive Officer of Banro Corporation and Loncor Resources. He holds M.Sc and MBA degrees and is a Fellow of I.M.M.M.  He was also a Non-executive Director of Amara Mining Plc. 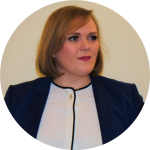 Sarah joined Deltic Energy as Chief Financial Officer in January 2020.  Sarah has 20 years experience in the international oil and gas industry. She previously held the position of Group Financial Controller at New Age.  Sarah spent 10 years with ConocoPhillips in a variety of senior financial and strategic roles and also 2 years with Maersk Oil.  She started her career with Deloitte, spending 6 years in its oil and gas team during which time she qualified as a Chartered Accountant.